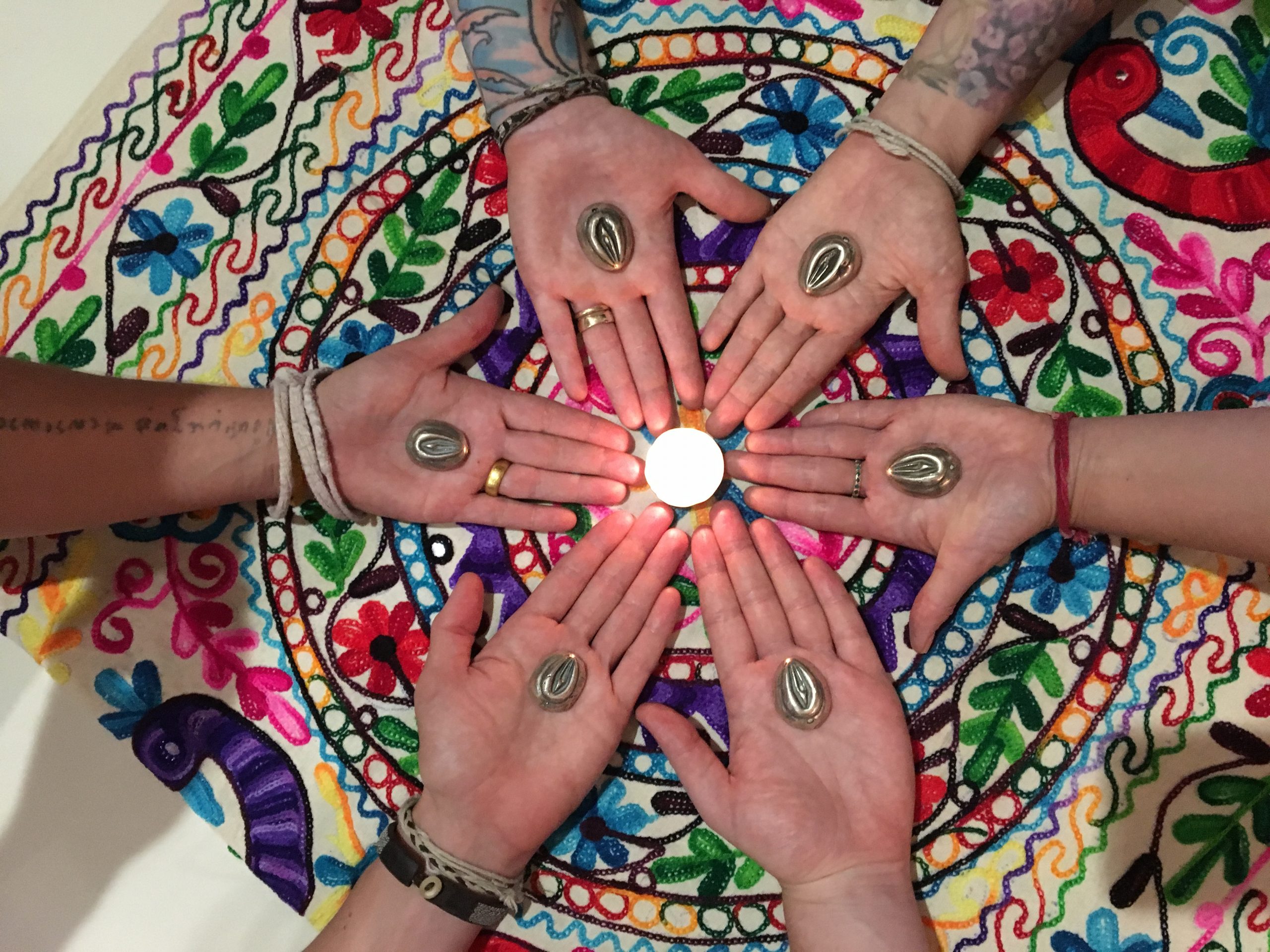 Last summer I did a ‘Yoni Smoke’. This was all in the name of research and I was happy to test it out for myself along with many other practices.

At the time I was on a trip to Thailand where myself and a group of 5 other women travelled with a translator to the Thai/ Burmese border. We studied and researched with village midwifes to learn about their traditional practices for pregnancy and post-partum care.

The smoke experience involved lighting a charcoal fire contained in a bucket. A recipe of medicinal herbs was placed above the fire, which was smouldering but not flaming. With nothing on but a sarong from the waist down I sat on a chair that was positioned above the fire, with a hole cut out of it. Surrounding me was a one person make-shift tent.

It was a slightly odd experience to smoke my vagina, yet there was something also very profound about it. In the moment I found it pleasant yet powerful, it was not something I could withstand for too long. This was partly because of the heat but also it felt instantly effective and very drying.

Us ladies took turns going into the tent, we often popped our heads out to remain in conversation with the rest of the group, but the vaginas were definitely being smoked, there was a therapeutic vaginal awakening happening.

In total I probably ‘yoni smoked’ for about 20 minutes, spread out between 2-3 sessions all of which happened within an hour or so.

The aim of this particular blend and practice was to retract the Uterus after giving birth, if I had just given birth this would have been very beneficial for recovery and healing. Yet I gave birth to my daughter some 15 years earlier.

Fast forward a few months (7 to be exact) and I was wondering to myself why my periods had suddenly stopped. Why had I unexpectedly and rapidly stopped my menarche? At first I was accepting of the fact that perhaps I was peri-menopausal (I am now 46), but something felt slightly amiss. Up until then I had regular, normal, steady periods and I didn’t feel at the stage in my cycle yet where things were changing.

So I started tracing things back. It suddenly dawned on me that I hadn’t had a period since the smoking in Northern Thailand. What the heck was I doing? My research had become a very good (yet hard) lesson in honouring the practices of old.

Then I remembered that within half an hour of the smoke I was feeling a little strange. It was hard to decipher the exact experience despite being aware of my own body on a subtle level – yet I was definitely feeling ‘off’, there was an internal, deep shift happening. My uterus was contracting and I was feeling it, for a while I had sharp pains as if things were moving or twisting internally. In a cold country I would have felt feverish but due to the tropical heat I couldn’t quite tell what was happening with my internal thermometer.

What this has taught me is that the ‘yoni smoke’ does exactly what it says on the tin. If you want to shrink your uterus because you’ve just given birth, this age old traditional practice with the right herbal formula is going to do exactly that. If, however, you have a perfectly fine uterus that has worked its own thing out over the years – maybe best to try out a ‘yoni steam’ instead.

More on Traditional Thai Yoni Steams in a future article